Urbanization is a leading cause of species endangerment in today's world. Trends indicate a decrease in species richness and diversity as well as a high degree of biotic homogenization. In short, the number of different species in our environment is falling rapidly with the growth of cities. To put the problem in perspective - the human city dwelling population is predicted to grow to 72% by 2050, significantly impacting biodiversity. (1)

With the rise of urban human population, it becomes more and more important to include urbanized areas in biological conservation efforts. Contradicting the consequences of urbanization by protecting biodiversity in urban habitats has a positive impact on both humans and ecosystems. Vegetated building surfaces, such as green roofs, walls and facades are a form of alternative land cover that have shown potential as tools in protecting biodiversity and can provide a variety of ecological benefits in urban areas. (1) 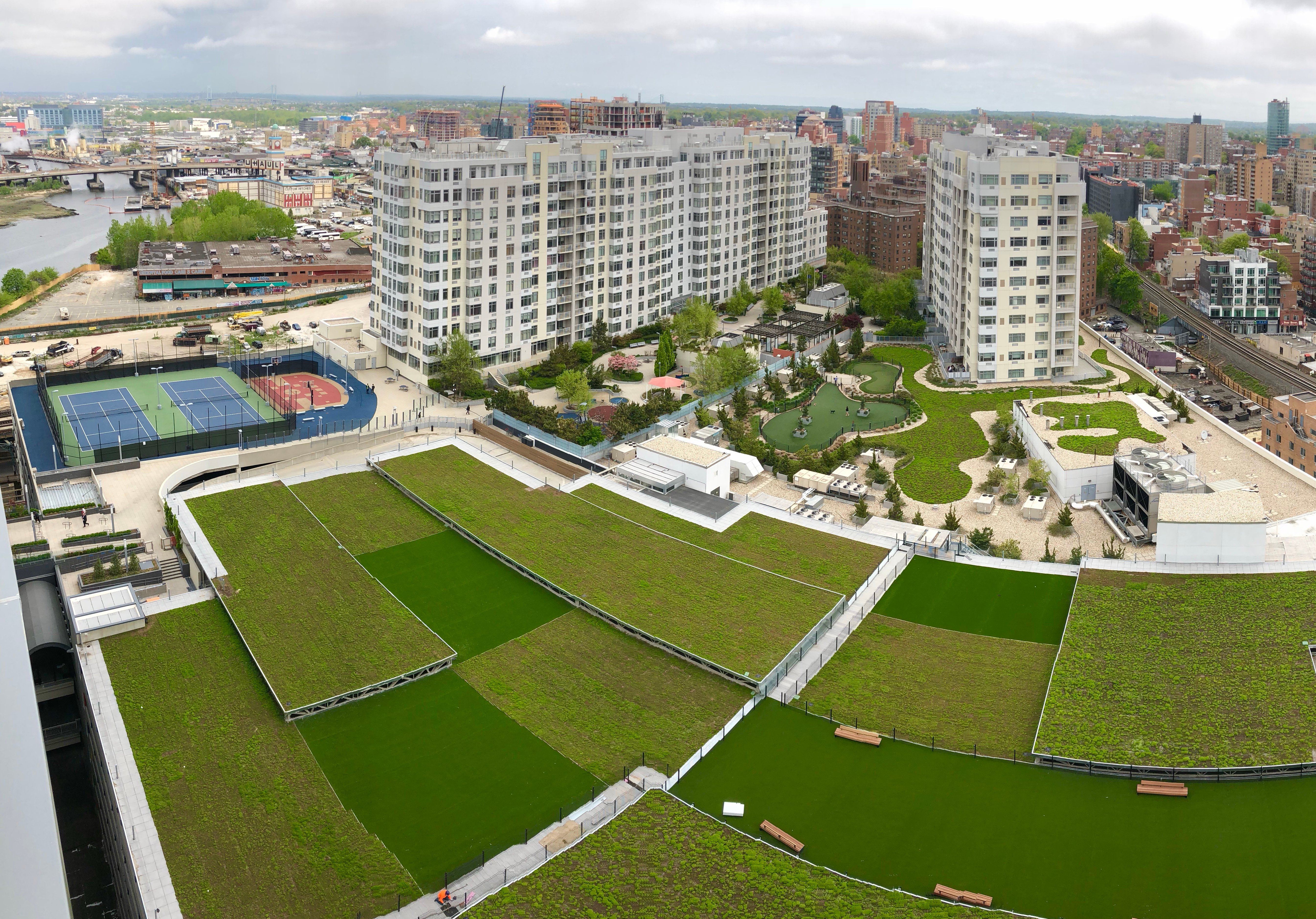 HOW CAN GREEN ROOFS IM­PROVE THE URBAN EN­VIR­ON­MENT?

According to Fifth dimension, a special research group organised by the University of Helsinki in Finland, the area of roofs and walls in cities is enormous and can be put to good use by activating green infrastructure features such as green roofs. This produces regulating, provisioning and immaterial ecosystem services that include improvement of the microclimate, balancing the hydrological cycle, carbon sequestration, active cooling/insulation, dust filtering and habitat provision. (2)

Roofs can represent up to 32% of the horizontal surface of urbanised areas, which makes them one of the most important surfaces to take into account when thinking about potential locations for implementation of green infrastructure. As explained by an article in the official journal of the American Institute of Biological Sciences, Oxford Academic, the addition of vegetation to roof surfaces can lessen several negative effects of buildings on local ecosystems and can reduce buildings' energy consumption. (3)

Today's modern green roofs mimic the natural environment, but have evolved in their structure – they are a contemporary modification on the roof garden concept. The extensive green roofs we favor today have shallower substrates, are lighter and require less maintenance than intensive roof gardens, which makes them suitable for most urban environments and investors. They mainly consist of an insulation layer, a waterproof membrane that protects the building below, a layer of growing medium that supplies the plants, and a vegetation layer.

This type of green roof has been tested in many climates, and has proven to work very well in most contexts. It also provides us with lots of opportunities to observe the effects of green roofs on the local wildlife. So far, they have been treated largely as an engineering or horticultural challenge, rather than as ecological systems, but evidence shows they provide a lot of advantages for many living creatures. (3) 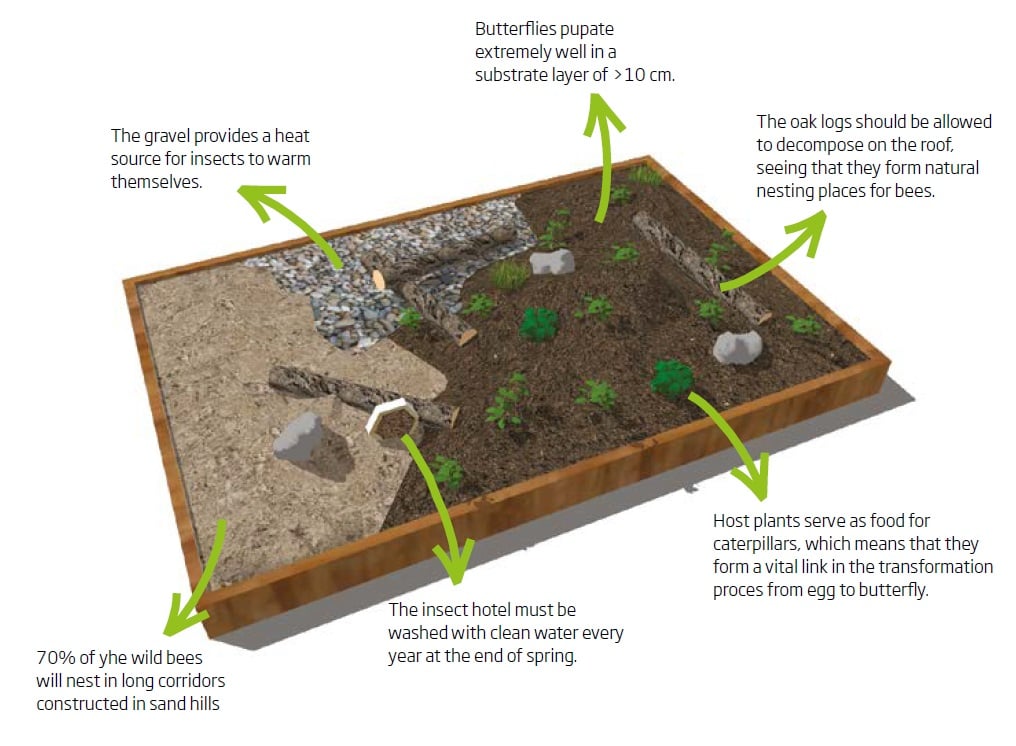 HOW CAN GREEN ROOFS HELP WILDLIFE?

Green roofs benefit wildlife by increasing connectivity between urban habitat patches. Even small green roofs help different types of creatures navigate the urban landscape and provide shelter or a place to rest. This has a positive effect on the diversity of mobile arthropods. (1) In this case, this includes various types of beetles, butterflies, dragonflies, bees, ants, spiders, grasshoppers, leafhoppers, flies and mayflies. 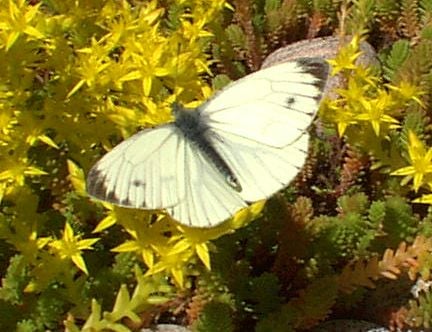 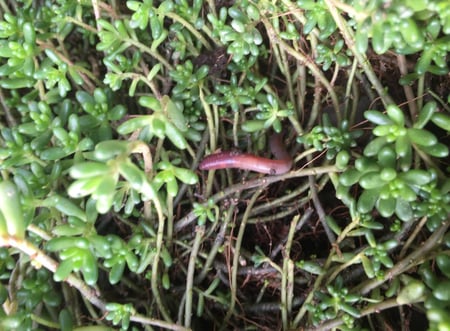 This species provide pray that also attracts vertebrates. The arthropod creatures dwelling in the vegetation cover provide a source of food, especially benefiting various types of birds. This makes green roofs a very suitable technology for cases where the conservation of avian species is a priority. Birds regularly use them for foraging and nesting, therefore using them both as shelter, a habitat for potential reproduction and a pray base. (1)

Green roofs are also frequented by urban bats, as they provide good foraging opportunities. Green roofs may be particularly beneficial during the bat's reproductive season or conversely, during migration. (1) To further demonstrate the benefits of green roofs as artificial habitats - rare and uncommon species of beetles and spiders have also been recorded on green roofs, according to researchers Brenneisen and Grant, 2006. (3)

In the summer of 2015, biodiversity was evaluated on sedum roofs in the Netherlands. In the process, the following species were observed: 3 types of diurnal butterflies, 29 types of nocturnal butterflies (moths), at least 4 types of wild bees, at least 7 types of hoverflies, 4 other insect types and 4 sorts of birds. The substrate layer was also investigated, and showed that this layer is also suitable for the pupal stage of many butterfly species. (4)

GREEN ROOFS AS A BIODIVERSIFICATION STRATEGY

As urbanisation increases, ensuring biodiversity is also one of the key requirements for local councils. Green roofs can provide a habitat for various species and restore the ecological cycle disrupted by urban infrastructure. (5) The findings have mobilized local and national conservation organizations to promote green-roof habitat, particularly in Switzerland and the United Kingdom. (3)

When it comes to the vegetation used in on the green roofs, the promotion of native species may seem favorable in some cases, yet experiments conducted on the topic have shown that the functional, structural, and phenological properties of vegetation are more important than “nativeness” in promoting invertebrate biodiversity. (3) 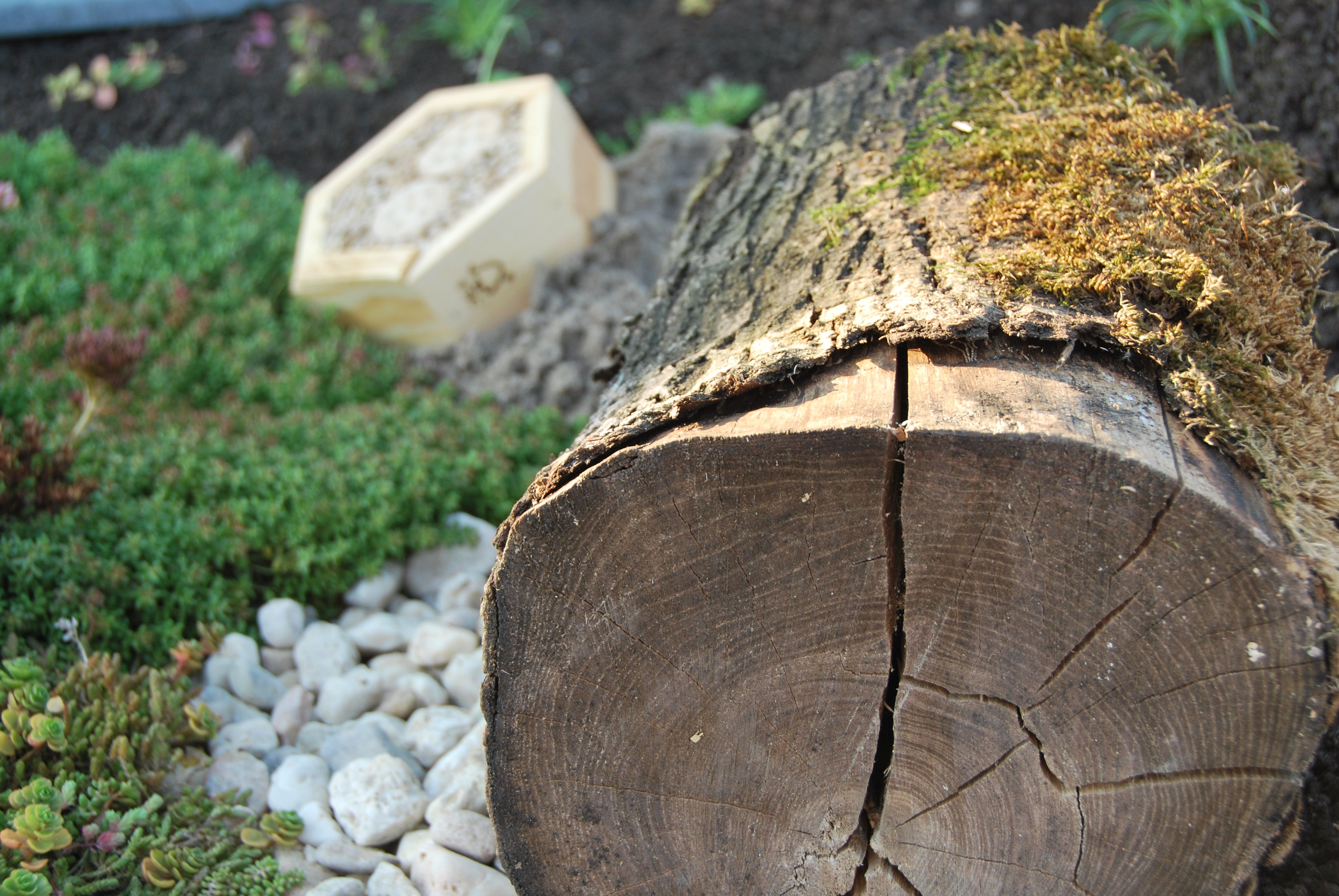 Urbanscape® Green Roof is a complete system, which consists of a root membrane, a drainage system, a growing media – a unique patented rock mineral wool – and a vegetation layer. Our roofs are designed not only to bring back the natural element in the urban environment but also to provide solutions for important issues such as urban heat island effect and stormwater management.

Read more about the Urbanscape® Green Roof on our website or download our Green Roof system brochure below: