From Beijing to Bangkok and from Los Angeles to London air pollution is killing millions.

The World Health Organisation (WHO) states that more than three million people die every year as a result of air pollution and has described the problem as the “world’s largest single environmental health risk”.

WHO says that tackling the sources of this pollution — such as emissions from traffic, manufacturing and power production — should be an international priority.

Unfortunately, reducing the emission of new air pollutants does not remove those that are already in the air.

So how can we make our air quality safer?

One way is by increasing the number of green roofs across the world’s urban centres. Green roofs absorb deadly air pollutants that are needlessly claiming so many lives and synthesise many of the harmful gases caused by pollution. 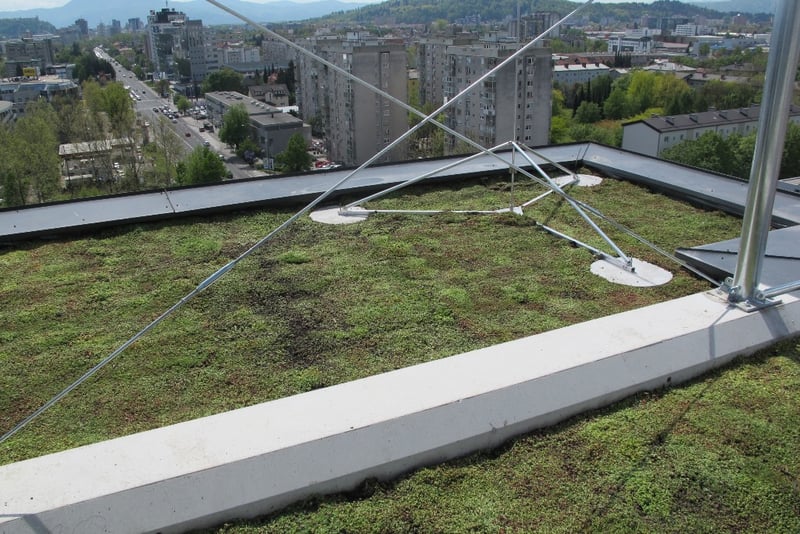 But first, just how bad is air pollution?

New research by the scientific journal Nature states that a staggering 3.3 million people are killed every year by outdoor air pollution — more than malaria and HIV/Aids combined.

And it’s a tragic problem that can only get worse, says the study. Urban populations are expanding at such an incredible rate that by 2050 this annual death toll could double if nothing is done.

At the heart of air pollution are gas pollutants such as nitrogen dioxide, (NO2), ozone (03) or carbon monoxide (CO) and lethal tiny pollutant particles — some smaller than 2.5 micrometres or 100 times thinner than human hair — that are absorbed by the lungs causing heart attacks, strokes, cancer and respiratory diseases.

In a recent survey of air quality in 1,600 cities across 91 countries, WHO found that half of the monitored residents were exposed to air pollution that was 2.5 times higher than recommended levels — “putting those people at additional risk of serious, long-term health problems.”

In a statement, WHO said: “We cannot buy clean air in a bottle, but cities can adopt measures that will clean the air and save the lives of their people.”

So, how can green roofs help?

Research has consistently shown how vegetation on green roofs traps the air particles and gas pollutants that contribute to air pollution.

Many of these pollutants are ultimately washed away by rainwater while others are absorbed by plant tissue. Researchers Peck and Kuhn estimate that a green roof could remove 0.2kg of dust particles every year for every square metre of green roof.

Scale this up and the results are impressive. According to research presented in the 2014 Green Roofs White Paper, a 1,000-square-foot (or 93m2) green roof is capable of removing 40 pounds (18kg) of polluting particulate matter from the air. Eighteen kilogrammes of this material is the equivalent of emissions from 15 cars driving for a year. 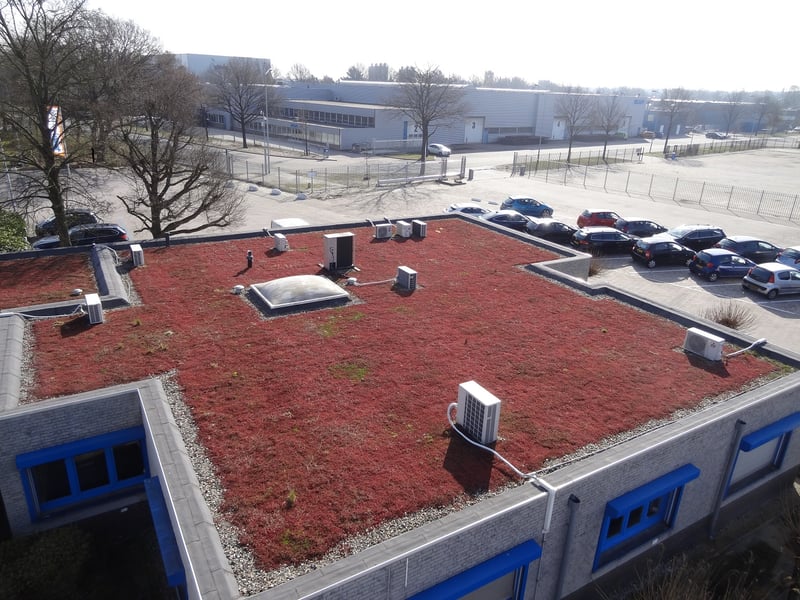 In field study conducted in Singapore, researchers Tan and Sia measured the concentration of gas and particle pollutants on a 4,000m2 roof before and after the installation of a green roof. The level of particles in the air above the roof was cut by 6% and the level of sulphur dioxide (SO2) was reduced by 37%.

Imagine what could be achieved if green roofs covered an entire city?

Chicago enjoys an exceptionally high percentage of green roofs compared to other North American cities and the local government incentivises the creation of green roofs.

How important this is to air quality was revealed by research by Yang, Yu and Gong in 2008. After surveying 19.8 hectares of the city’s green roofs over the course of a year the researchers concluded that the vegetation had removed 1,675kg of air pollutants or 85kg per hectare.

Of those pollutants removed, ozone accounted for 52% of the total; NO2, 27%; PM10 (particles of less than 10 microns), 14% and SO2, 7%. If the number of green roofs was scaled up to cover the entire city, the researchers said, the annual amount of pollutants removed would increase to 2,046 metric tons.

Yang, Yu and Gong are not alone in assessing the citywide impact of reducing air pollution by green roofs. Currie and Bass estimated that 109 hectares of green roofs in Toronto could remove 7.87 metric tons of air pollutants every year while a study by Deutsch et al showed that 58 metric tons could be removed from Washington DC if all the city’s roofs were converted to green roofs.

Finally, we cannot underestimate the role green roofs can play in reducing the harmful greenhouse effects of CO2.

Green roofs are created from a range of different sedums, grasses and mosses and all these plants need CO2 to survive.

Picture 2: Direct CO2 absorption by different sedum spieces on the roof in Berlin, 2012

Through photosynthesis they produce oxygen by converting CO2 into glucose and in the process removing from the air the greenhouse gases that are responsible for devastating climate change.

In a two-year experiment carried out in North America across 20 plots of different species of sedum the amount of carbon content absorbed was found to range from 64g/m2 to 239g/m2 depending on the type of vegetation and thickness of the cover.

Of course green roofs cut CO2 emissions in other ways too. As green roofs act as a powerful form of insulation, less CO2-emitting energy is required to be created to power heating or air conditioning.

Of course green roofs cut CO2 emissions in other ways too. As green roofs act as a powerful form of insulation, less CO2-emitting energy is required to be created to power heating or air conditioning.

And if you are interested in receiving a sample Performance Evaluation Report on Green Roof performance for a selected town or country, please click here: