There is no unique definition of drought, as we can distinguish between meteorological, agricultural, hydrological, and socio-economic droughts, depending on its effects. We will mainly be focusing on meteorological drought, which is caused by weather events and can be defined as a prolonged lack or below normal rainfall, possibly aggravated by hot temperatures causing high evapotranspiration rates. (1)

Models of the earth’s changing climate suggest that extreme weather events, including droughts, will become more frequent. (2) A study of drought events from 1951 to 2016 has detected a number of drought hotspots that have experienced a high increase in drought frequency and severity between the periods 1951–1980 and 1981–2016: Patagonia, the Mediterranean region, the Sahel, the Congo River basin, north-eastern China, and central Asia and southern Australia. (1) As city populations grow, it will become more difficult for governments to provide enough water for its citizens. (2) 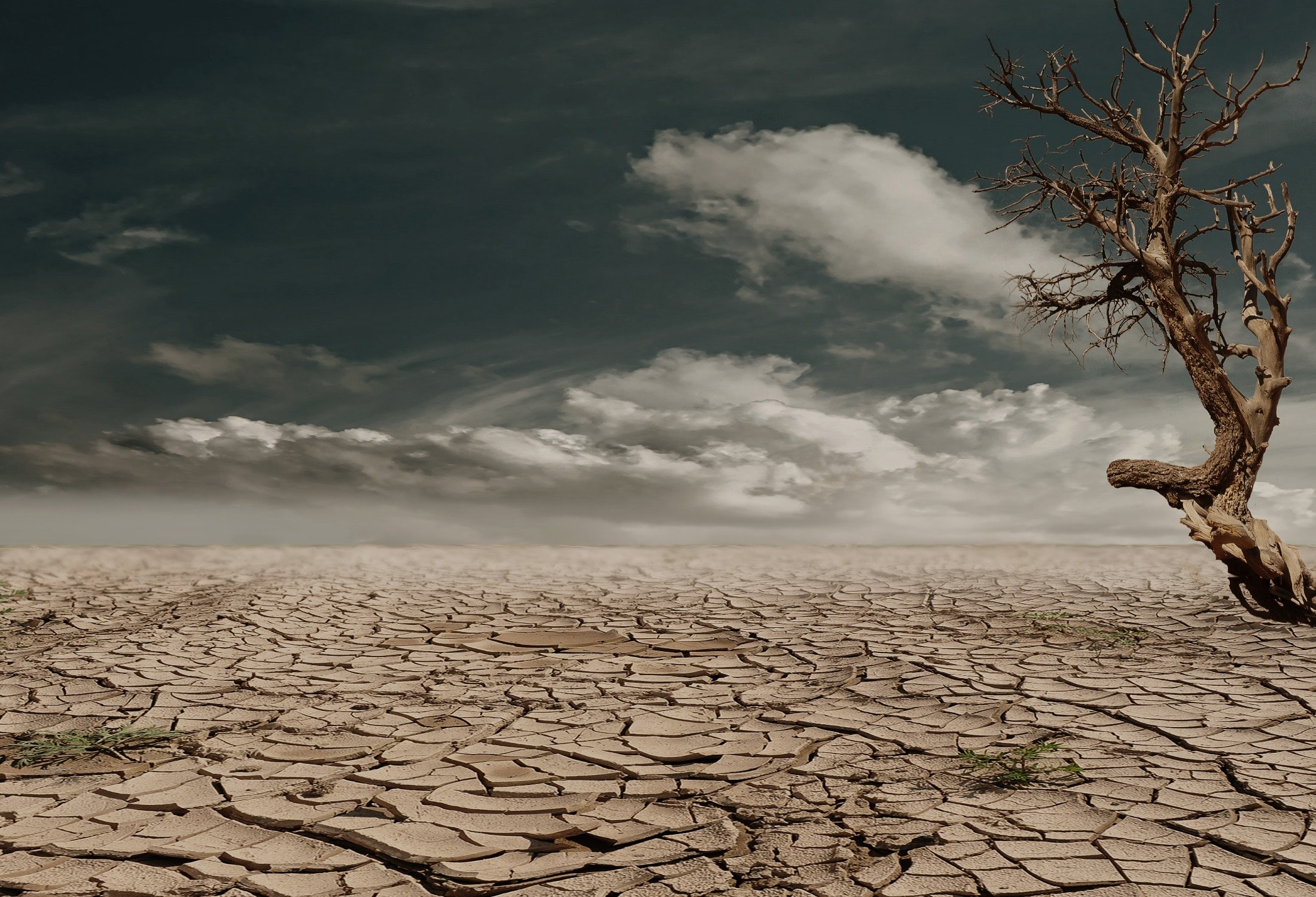 How urban environments react to drought

Municipalities typically respond to a drought by limiting water use, and then look at ways to cover spaces with artificial surfaces like paving, concrete and asphalt, instead of permeable surfaces, covered in lawns and plants. This however does not help mitigate the problem of water management, but rather worsens it. (2)

Impervious surfaces seal the soil and prevent surface water from filtering down to recharge the groundwater system. Instead, rainwater flows into the storm-water system and can not be harvested for further use. In addition, hard surfaces such as concrete, tar and masonry raise the temperature of built-up areas, causing the urban heat island effect and further water evaporation. (2)

Australia’s dry decade – and the solution

In addition to being the world’s driest continent, Australia is also one of the most urbanised, with roughly 89% of Australia’s 21 million inhabitants living in urban areas. Finding adequate water resources to sustain cities is an therefore an ongoing challenge. (3)

Melbourne has experienced eight major droughts in its history. The most recent one, the Millennium Drought, started in 1997 and lasted more than a decade. By 2009, precipitation and soaring temperatures drained the city’s drinking-water reservoirs and also resulted in bush fires. The most dramatic fire event, known as “Black Saturday”, damaged 30% of the city’s water supply catchment and claimed 173 lives. This had a profound impact on public perceptions of climate change, water conservation, and water-use behaviours. 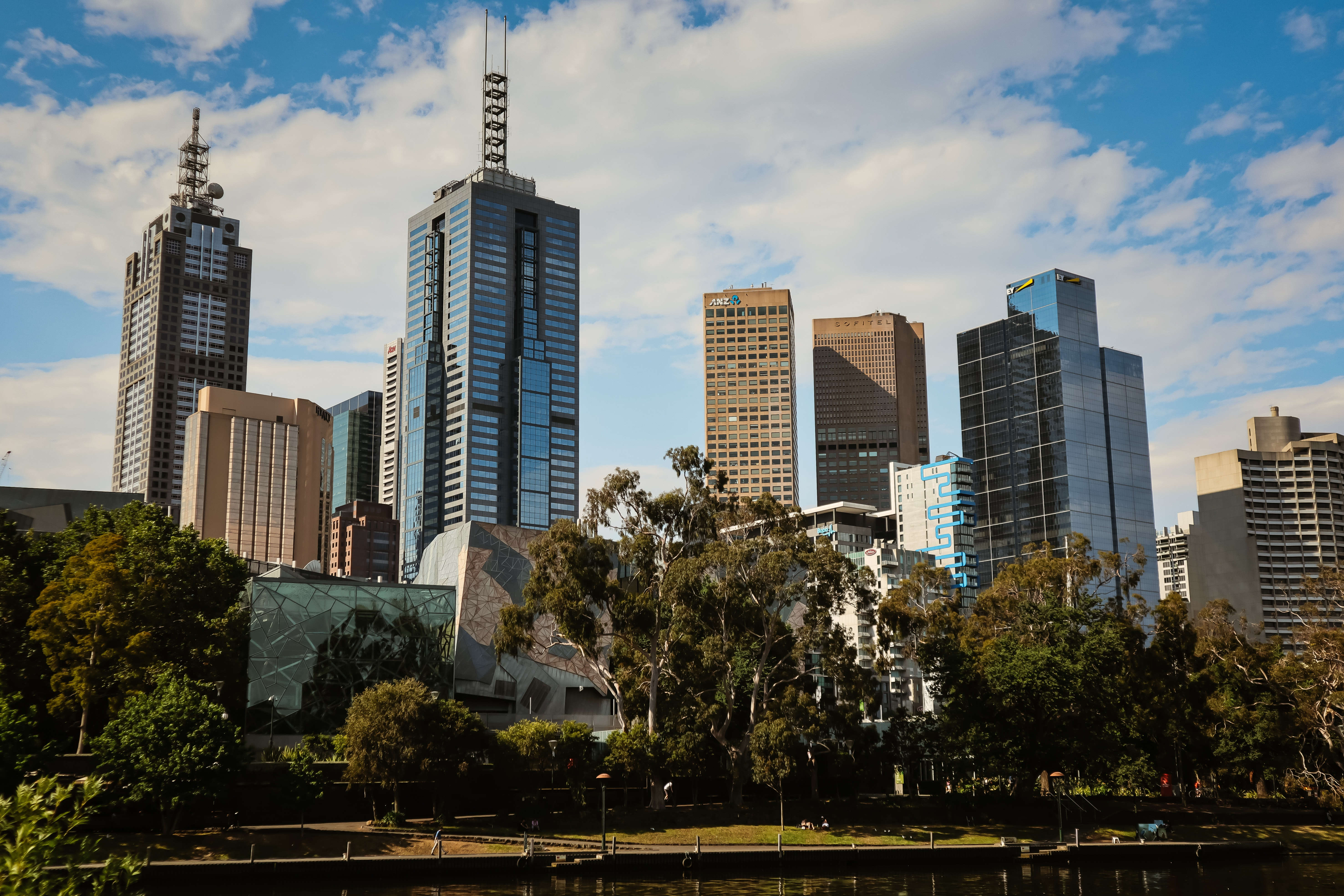 Since then, Melbourne has set it’s goals to become a world leader in the capture and reuse of stormwater runoff, one of the last untapped sources of water available to the city.

They are introducing green infrastructure and stormwater reuse schemes that use three main principles - capturing water before it is contaminated by contact with the urban landscape, relying on low-energy processes for removing contaminants and treating water only to the extent necessary for its intended use. (3)

Instead of covering up urban surfaces, water sensitive cities can use green infrastructure as a tool that conserves water while preventing overloaded stormwater systems and depleted groundwater. (2)

Even though green infrastructure was developed in temperate climates, most techniques are also applicable to arid and semi-arid regions with slight modifications. The approach may seem modern and out of place in these areas, yet it has been used throughout history in the form of simpler interventions. For instance - in mountainous, semi-arid regions of the Kingdom of Saudi Arabia, farmers traditionally grew crops by constructing soil and stone terraces within juniper forest and woodlots. (4)

Traditional stormwater management practices (so-called “gray infrastructure”), such as sewers are designed to transport stormwater away from its source. Green infrastructure on the other hand, mimics the natural processes in order to protect water sources and protect them from pollution. In urban areas, it uses vegetation, soils, and other elements and practices to restore some of the natural processes required to manage water and create healthier urban environments. It is therefore a low impact and cost-effective approach to both stormwater management and water conservation in arid and semi-arid regions, reducing runoff, conserving water and recharging essential groundwater sources. (4)

The potentials of Urbanscape® products as green infrastructure

Green infrastructure is an umbrella term for a range of solutions that bring vegetation into urban environments – from landscaping elements and permeable paving alternatives to green roofs and other vegetated building elements. Urbanscape® solutions can be applied in various ways to help conserve and redistribute water due to their water retaining capacity.

Typical challenges faced when introducing green infrastructure in arid climates are linked to limited irrigation options, a need for thin growing media profile and a lightweight construction when working with existing structures, extreme heat and water savings measures in the area. (5)

By using Urbanscape® products, any water introduced with irrigation is perfectly distributed throughout the growing medium. The system keeps moisture retained in the layer where the absorptive material is placed and therefore does not simply drain away through the soil or evaporate from the surface. Tests indicate that potential water savings go up to 40%, with an average for an Urbanscape® Green Roll only 2 cm thick observed to be between 20% and 30%. (5)

This also improves the availability of essential elements and easier absorption of macronutrients that dissolved in water (N, P, K, Ca, Mg, S, Si), resulting in better plant morphology and luscious growth – even in extreme and challenging climates. (5)