What is Urban Heat Island (UHI)?

Urban heat island is a term describing the effect on cities and urban areas that are hotter than nearby rural areas. It is the difference in mean air temperature of a city compared to the surrounding countryside that can be some 1.8–5.4°F (1–3°C) higher on annual average and around 22°F (12°C) during the evening according to the American EPA (www.epa.gov). This effect is the result of building roofs as well as roads, sidewalks, parking lots and other gray infrastructure blocking the heat coming from the ground from rising and dispersing into the air. At night heat remains trapped lower to the ground which makes the air temperature warmer. Side effects include poorer air quality, due to higher concentrations of pollutants in the air (waste products from people, industry, vehicles) and lower water quality.

Current extreme heatwaves are contributing to even bigger UHI effects

Southern and Southwestern Europe are facing extreme heatwaves this July, which affect communities by increasing summer’s peak energy demand, air conditioning costs, greenhouse gas emissions, air pollution, even heat-related illness and mortality rates. The heatwave, enveloping Spain, France, Italy, Switzerland, Austria and the Balkan Countries, has continued since late June and is expected to continue in the near future. In several cities temperatures are rising to as high as 40°C. Those suffering the most are the densely populated and built-up urban areas. And as people are trying to ease the heat in their homes by using electric fans and air-conditioning, they are at the same time contributing to an even warmer urban heat island effect. And so the process comes full circle.

As a result of climate change and urbanization UHI is continuously – and increasingly – affecting all urban populations in Europe and around the world. Some researchers even suggest that the urban heat island around Los Angeles, CA, which is also facing an extreme drought in 2015, costs the city around $100 million a year in energy.

But one of the most effective mitigation strategies for heat islands is the incorporation of green roofs.  According to an independent study (performed by the Faculty of Mechanical Engineering, Ljubljana University, Laboratory for environment technologies in buildings) differences in roof temperatures between vegetated / living green roofs and non-vegetated roofs can be dramatic. When regular roofs in Barcelona, Spain, reach temperatures well above 70°C (160°F), roofs with sedum plants rarely rise above 40°C (100°F). And an example from the Netherlands shows that temperatures on conventional roofs can reach up to 60°C (140°F) on a hot summer day,  but on green roofs never climbs above 40°C (100°F). 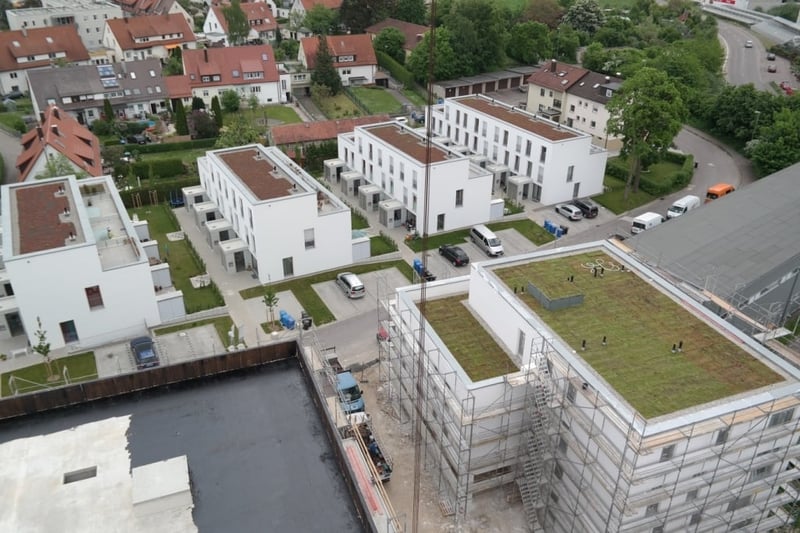 There are also other benefits of green roofs to consider in the larger discussion about green, healthy and sustainable living in urban areas.

When talking about green infrastructures and reducing community impacts on urban areas, green roofs should certainly be among the first on the list of city dwellers, architects, designers, municipalities and urban planners. Obviously a few green roofs in town won’t help reduce the UHI effect, which means the approach should be comprehensive and well structured in order to succeed.

As a representative of the German Meteorological Office once said: "If we do not go beyond 20 or 30 % of green roofs in town, we won't see any result down on street level..."

Considering all these studies and proven benefits, the question still remains: WHY don’t municipalities invest more into green infrastructure?

If you want to understand Green Roof benefits better, download our free Urbanscape "PET" Report for a selected City and get to know what type of vegetated roof needs to be installed to reach best possible performance: