Towards a greener future: Why city planners need to implement green roof policies

Cities have been expanding at an ever faster rate and more than half of the world's population now lives in urban environments. The percentage is predicted to rise up to 70% by the year 2050. This calls for a massive redevelopment of the world's urban areas to accommodate the impact they have on the environment and the people who inhabit them. (1)

In this article, we explore the causes behind contemporary challenges of cities and how green infrastructure, implemented on a national and municipal level, can solve them.

What are the repercussions of ever growing cities?

Our cities are getting hotter, more crowded and noisier. One of the most pressing problems we have been facing lately are increasingly frequent heat waves – the consequence of global warming and faulty city planning. Besides the discomfort this has brought upon city inhabitants, it places great stress on human health, the productivity of workers and it also causes infrastructure problems, as explained by Tony Matthews and Jason Bryne from Griffith University. (2) 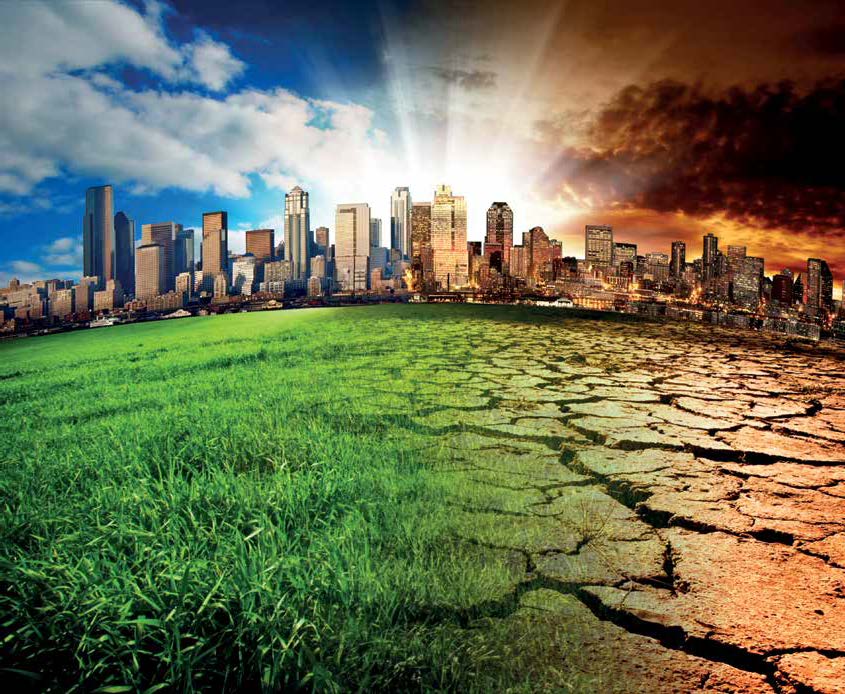 Why are cities getting hotter?

The main reason is population density. Cities aren't only growing in size, but also in numbers. To put it into perspective; in 1950, 746 million people lived in cities, by 2014, the number had risen to 3.9 billion and it continues to grow, with predictions of up to 6 billion people inhabiting urban areas by the year 2045. (1)

The increase in urban heat is a result of many factors. The building materials used in modern cities have thermal properties that contribute to overheating. There is also the issue of air emissions, caused by traffic and other forms of pollution. Building heating and cooling systems represent a major factor, and one of the reasons is also connected with the way we design cities, with narrow street canyons trapping heat, preventing it from cooling down at night. (1)

For instance – roofs painted white have an albedo of about 0.8, but it is not easy to maintain them without regular washing. According to research, green roofs can reach an albedo of between 0,7 and 0,85, which is what makes them great at lowering roof surface temperatures. (3)

The benefits of green infrastructure encompass many areas connected to heat reduction in cities and can also act as a substitute habitat for small animals.

Hard surfaces, such as concrete and asphalt increase urban temperatures by absorbing heat and radiating it back into the environment. Green infrastructure, such as green roofs and walls on the other hand, have the ability to regulate air temperatures with its high albedo effect and through natural evapotranspiration.

Evapotranspiration is a process where plants release water vapour into the atmosphere as a result of normal plant breathing, effectively cooling the surrounding atmosphere. (2) Plants can also improve urban air quality by removing various pollutants from the air. (1) 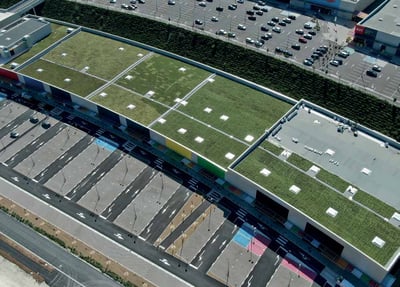 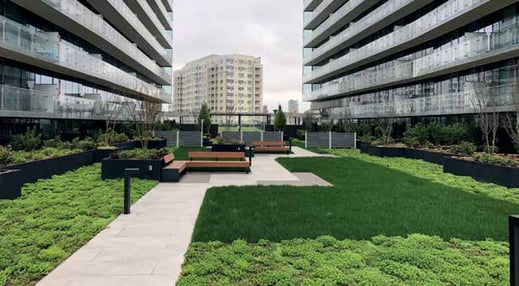 Germany has seen the benefits of applying green roofs for many years now. The first modern green roofs in 1960s were shortly followed by technological improvements and supportive policies by the local governments. (4)

Wolfgang Ansel, an expert in the field, explains that the German model is

Today, Germany has between 100 and 150 million square metres of green roofs, as estimated by the German Roof Gardens Association. (4)

How can urban planners use green infrastructure as a solution?

At Urbanscape®, we have developed systems for various different problems and uses;

We are also keen on helping local communities develop mechanism to combat negative effects of global warming through green technologies and through education on the subject and its effective implementation to ensure the most efficient use of resources.

Visit our website to find out more about our green solutions: